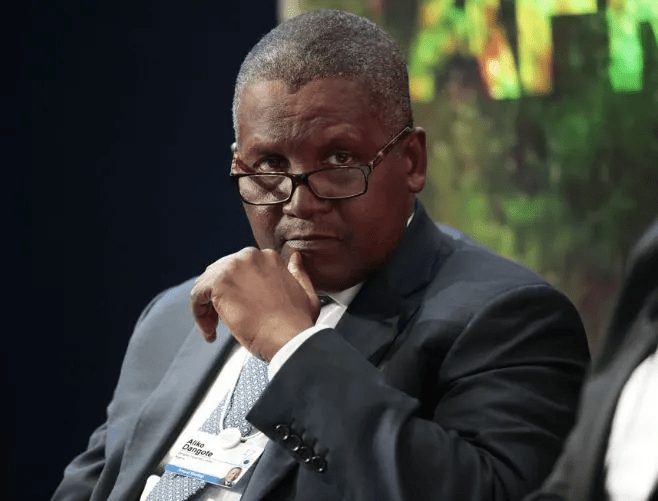 The Nigerian billionaire industrialist is currently worth a staggering $20 billion. He is also the 79th richest person in the world and the only African among the top 100 richest people in the entire world.

Recall that during the start of 2022, Mr Dangote had a net worth of $19.2 billion and was ranked the 97th richest person in the world. However, over the past three months, his net worth experienced some fluctuations due to stock price movements and other factors. The fluctuations notwithstanding, he ended the quarter on a high note.

Note that the addition of $915 million to his net worth is not the only interesting thing that happened to the billionaire during the period under review. Just last month, his long-awaited Dangote Refinery and Fertiliser Plant was finally commissioned. The plant, which cost $2.5 billion to build, is currently the largest in Africa and the second largest urea plant in the whole world.

The opening of the plant came at a time when the world is facing a serious food shortage risk. The expectation is that the billionaire will take advantage of the situation by exporting fertiliser to the rest of the world, thus increasing his chances of increasing his net worth.

Already, fertiliser from Dangote’s urea plant are not only being exported to other African countries, but also to India, Mexico, Brazil and the United States of America.

Also, during the past quarter, three of the billionaire’s publicly traded companies on the Nigerian Exchange —Dangote Cement Plc, Dangote Sugar Plc and Nascon Allied Industries — all released their audited financial statements for FY 2021 which showed positive financial indicators. For instance, Dangote Cement Plc, which Aliko Dangote holds an 86% stake in, reported a profit of $875 million.

Checks by Business Insider Africa show that the three companies account for a third of the Nigerian Exchange Group’s entire market capitalisation.