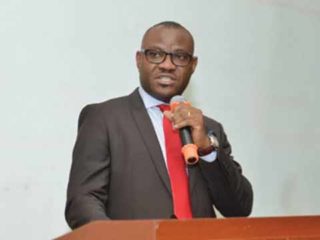 The Fiscal Responsibility Commission (FRC), has expressed dismay over non-compliance by federal Ministries, Departments and Agencies (MDAs), to promptly remit their independent revenues to government’s Consolidated Revenue Fund (CRF), as stipulated by the FRC Act 2007.

The concern comes as only 13 out of 40 MDAs or 32.5 percent compliance, for which the Commission said it will carry out system audit of selected MDAs to enhance compliance rate, and increase revenue remittances to the CRF in the years ahead FRC in its 2018 report obtained yesterday, by The Guardian, noted that a little over N7.971billion was remitted into the national treasury by 15 MDAs in 2018, compared with N11.524billion remitted by 21 MDAs in 2017.

The report further said: “It is of note that the submission rate by MDAs is disappointing. Despite the many requests and reminders for revenue submissions, only 13 MDAs out of 40 contacted completed their 2018 submission as compared to 19 in 2017. The rate of compliance dropped from 47.5 percent to 32.5 percent.”

Specifically, the Commission listed the 15 MDAS that successfully made remittances into CRF to include, the Court of Appeal, Federal Road Safety Corps, Ministries of Environment, Information, Health, Justice, Mines and Solid Minerals, and Office of the Secretary to Federal Government.
Others are the Ministries of Housing and Urban Development, Labour and Productivity, the National Youths Service Corps, Office of the Auditor-General of the Federation, Teachers Registration Council, National Sports Commission, and the National Judicial Council respectively.

According to the report, the Ministry of Mines and Solid Minerals topped the list with over N3.731billion, followed by the Environment with N1.906billion, while the Federal Road Safety Corps came third with N1.812billion.Conversely, the least remittances were from the National Judicial Council with about N4.760million, followed by the Ministry of Health with N8.500million, and the National Sports Commission with N31.083million, respectively.

Commenting on the development, the Acting Chairman, FRC, Victor Chinemerem Muruako, expressed gratitude for the support received from some important agencies and institutions during the compilation of the report. These include the Federal Ministry of Finance, Budget and National Planning; Office of the Accountant General of the Federation; the National Bureau of Statistics; the National Assembly Committee on Finance; the
Debt Management Office; and the Central Bank of Nigeria amongst others.

Muruako said: “Amongst other contentious issues is the budget process, which is spelt out in the Act; over the years, the Commission has been in the forefront of ensuring that this important process is strictly adhered to, unfortunately, compliance with the Act has been more in the breach as the timeline is being followed.”

FRC was established by the FRA Act of 2007, to, among others, provide for prudent management of the nation’s resources, and secure greater accountability and transparency in fiscal operations within a Medium Term Fiscal Policy Framework. It is also to ensure that relevant government agencies make remittances into the Federation Account for federally-collectible revenue, while the federal government independent revenue are remitted into government Consolidated Revenue Fund.